Hempfulness / Introduction to The Endocannabinoid System

Introduction to The Endocannabinoid System

Did you know your body has a system dedicated to dealing with cannabinoids? It’s called the Endocannabinoid System (ECS), and it actually does a lot more than you’d think!

To understand CBD’s role in the ECS, let’s first take a look the discovery of the ECS and its three main components: cannabinoid receptors, endocannabinoids and enzymes.

Discovery of the Endocannabinoid System

Humans have been using Cannabis plants for medicine as early as 2,700 B.C. in China. The Chinese knew it had medical value for many ailments including pain relief and insomnia. Around the 8th Century other civilizations, such as such as India, Greece and Egypt were using cannabis for medicinal purposes. As time went on, scientists were becoming curious as to why this amazing plant worked.

One well-known scientist in the field of cannabis, Raphael Mechoulam, synthesized CBD and THC and discovered over 100 other cannabinoids. This was in 1965 and shortly after cannabinoid research exploded. However, the research was mainly focused on the psychoactive THC compound and CBD was mostly overlooked. It wasn’t until the late 1980s that scientists discovered cannabinoid receptors.

The Endocannabinoid System contains two known types of cannabinoid receptors CB1 and CB2. Confirmation of the CB1 receptor came in 1990 when a rat’s CB1 receptor was cloned in Tom Bonner’s lab at the Nation Institute of Health (NIH). A second G-protein-coupled cannabinoid was discovered in 1993 in Sean Munro’s laboratory in Cambridge and was named the CB2 receptor. These discovers are detailed in Cannabinoid pharmacology: the first 66 years.

The CB1 receptor is most abundant throughout the Central Nervous System, including the neocortex, hippocampus and the brainstem. It can also be found in other areas such as eyes and spleen. These receptors are essential for healthy brain functions by helping regulate memory, mood and pain. When THC binds to the CB1 receptor, this is what produces the psychoactive properties. Other roles that CB1 receptors play are cardiovascular health, hormone production and pregnancy.

CB2 receptors are mainly found in the Immune System and help regulate inflammation and immune responses. This is where CBD shines. Many people use CBD for digestive disorders, arthritis, allergies and autoimmune disorders. These are all symptoms of an overactive immune system. CB2 receptors are also found in the Peripheral Nervous System such as arms, legs, fingers and toes.

Anandamide helps regulate mood, among other things, and the presence of it in your system can help you to feel calmer. One example of this is a “runner’s high”. Previously this was thought to be an endorphin rush but has since been discovered that this feeling is due to increased anandamide levels! Many things have been found to boost anandamide levels including taking CBD oil, eating dark chocolate as well as eating certain fresh fruits and vegetables. Other functions that anandamide is involved with include appetite, memory and even pregnancy.

2-AG is found to activate mainly the CB1 receptor, although it can also activate the CB2 receptor. This molecule has been associated with cardiovascular health, protection from seizures and regulating our emotions.

How Does CBD Work in the ECS?

Almost all cannabinoids can bind to both receptors. However, CBD doesn’t trigger a response from CB1 or CB2 receptors the way THC does. It instead changes the receptors capability to bind to other cannabinoids. In contrast, THC is able to bind to the CB1 receptor. So why does THC make you “high?” Well, that’s because of a little enzyme called Fatty Acid Amide Hydrolase (FAAH). This enzyme is responsible for breaking down the anandamide molecule so it doesn’t work longer than the body needs it to. The kicker is, FAAH can’t really break down THC, so THC is able to stay way longer than anandamide and have a much greater effect.

CBD is a phytocannabinoid. It comes from the hemp plant and contains little to no THC. You get all of the health benefits without the psychoactive properties you get from THC. But wait, CBD plays an even bigger role for the Endocannabinoid System. It helps maintain natural levels of endocannabinoids in our bodies by interacting with certain enzymes. It can actually prevent the FAAH enzyme from breaking down anandamine, which allows the effects of CBD to work much longer!

So what does all of this mean?

Today’s world can be hectic. You want to perform well at your job, feed your family healthy foods, get good sleep and somehow wake up and do it all over again. Our ECS is incredibly easy to throw out of balance. Many factors of today’s lifestyle, such as stress, diet and lack of exercise can have negative affects on this system.

The ECS within the body is responsible for maintaining homeostasis, or the status quo. Your body spends large amounts of energy to keep everything in its right place. It has to monitor many functions in our bodies. If your heart is beating too fast or your temperature is not right, the ECS jumps into action and to correct it. Ever heard your stomach growl and wonder how it knows its time to eat? Your body is telling you that it is time to fuel up by activating the Endocannabinoid System. These are just a few examples of the many ways CBD assists your body in maintaining homeostasis. Others include:

Anyone that struggles with maintaining homeostasis can take CBD to stimulate activity in the ECS. The best forms for this are CBD Tinctures and CBD Capsules.

A theory exists known as clinical endocannabinoid deficiency (CECD). In this theory, development of certain conditions like migraines, fibromyalgia and irritable bowel syndrome can be a result of CECD. Many of the conditions associated to CECD are resistant to treatment and do not have a clear underlying cause. More research is underway to see how CDB can help.

CBD has the potential to treat many neurodegenerative diseases. There has been anecdotal and preliminary scientific evidence that cannabis can provide relief to multiple sclerosis, Huntington’s, Parkinson’s and Alzheimer’s diseases. The evidence points to a dysregulated Endocannabinoid System causing symptoms of these diseases. Scientists have begun to monitor endocannabinoid levels in patients with these diseases.

Above all, the ECS plays a huge role in the stability of your internal processes. These internal processes regulate our mood, sleep and pain and a cannabinoid deficiency can lead to more severe conditions. The ECS may also play a role in neurodegenerative diseases.

Certainly, CBD can play role in how your ECS functions. If you are just starting out on CBD, we recommend beginning with a lower dose and working your way up until the desired results are achieved. You can read more about this in the Cannabidiol (CBD) Buying Guide. 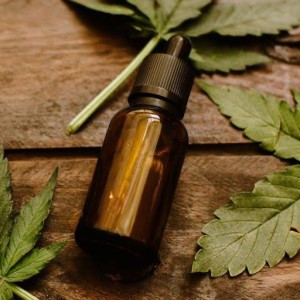 Stay in the know. Sign up for exclusive savings, the latest hemp news and be the first to know about new products.

*These statements have not been evaluated by the FDA and are not intended to diagnose, treat or cure any disease. Always check with your physician before starting a new dietary supplement program.